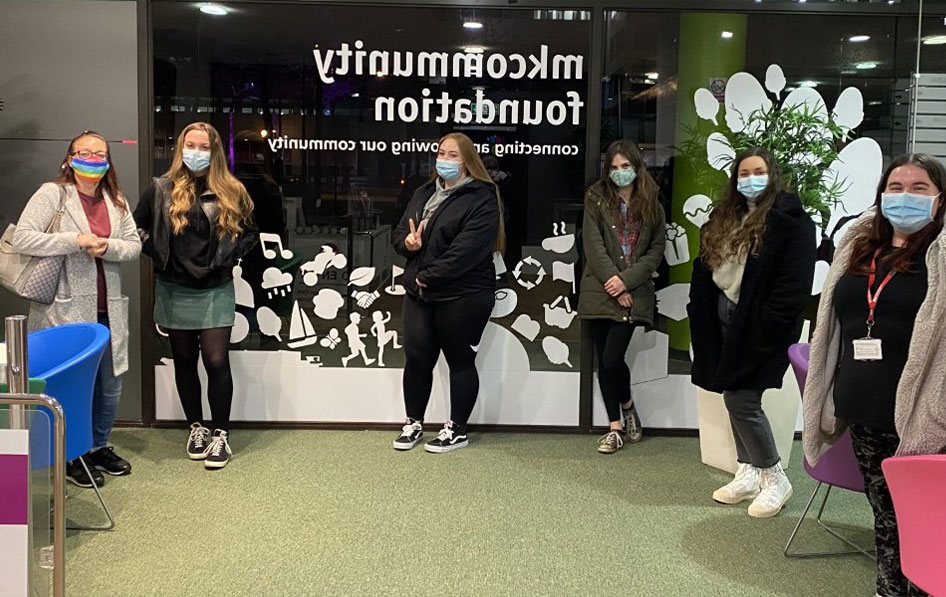 Our planning for the Young Adult Support group has been undertaken by a small steering group of young adults including the Youth Group Ambassador Jessica (Harry’s twin sister) and Annalise from YiS who has regularly attended and supported the group with wellbeing activities. The members of the planning group have a range of experience they feel will help progress the group, particularly that they have all suffered a bereavement themselves and accessed various bereavement support services with Harry’s Rainbow and other local organisations.

We were able to hold a face-to-face group in March which was a lovely change to 9 months of zoom calls. This also aided progress with finalising the shared commitments and planning the creation of a video to share with other young bereaved adults who will be invited to join the group in the coming months.

Recent discussions at sessions have raised the differences in the support received through schools, whether the age they were when they experienced the death of their parent or sibling impacted their grief differently, and how death is still a ‘taboo’ and what they would like to do to change this. Attending funerals and how death was explained to them as a child was also a strong topic.

With the support of YiS we also discussed healthy ways to support their mental health and wellbeing and the group are excited to be undertaking the YiS Champions Training very soon.

Harry’s Rainbow recognised the need for extending support to young adults up to the age of 25 years old when the teenagers attending the Rainbow Groups were expressing the need for such a space as they got older. We are delighted that with their help we will soon be ready to provide a service to young people and adults wanting this extended support.