Not just a Networking Event but much more 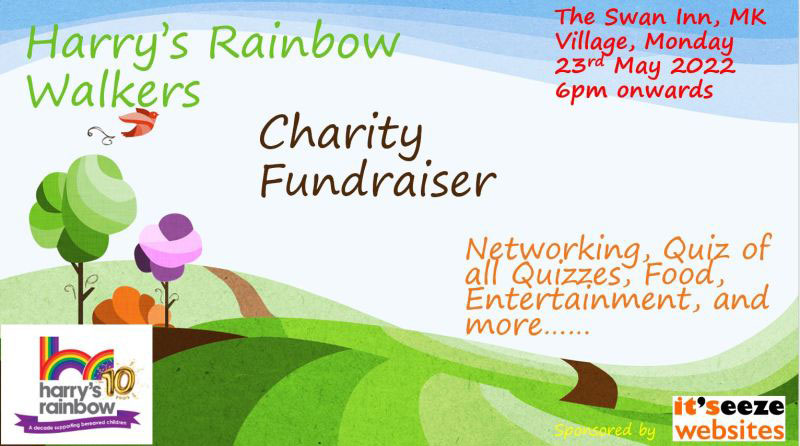 Paul Swales and Gary Billingham are taking on not one but two Ultra Marathon 100km walks on behalf of Harry’s Rainbow.

As part of their fundraising, they are holding a networking evening like no other, not only will you get the chance to mingle with other people there will also be some fun and games.

The evening will include:-

If would like to come along you can book your ticket on the below link – be quick though before they’re all gone!!!